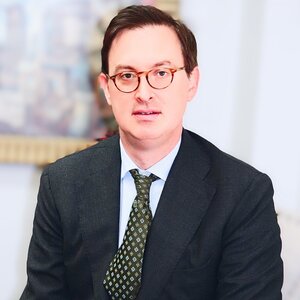 Mr. Rolle grew up in the Northeast United States, where he acquired most of his secondary education. He attended The College of Wooster (in Ohio) where he attained a bachelor’s degree in International Relations and graduated with honors. Later on, Mr. Rolle received his Juris Doctor from Barry Law School in Orlando.

After becoming a lawyer, Mr. Rolle cut his teeth as an Assistant Public Defender in the 20th Judicial Circuit, Florida. There, he took part in over thirty-five jury trials and over forty bench trials. Subsequently, Mr. Rolle took a position defending insurance companies in various areas of law. As an insurance defense attorney, Mr. Rolle witnessed first-hand the way insurance companies treat their policyholders.

Now, Mr. Rolle has flipped the script; he no longer represents insurance companies. Instead, he utilizes his experience working for the other side to achieve the best results possible for his PZ Law Firm clients. Feel free to contact Craig D. Rolle at craig@pzlawfirm.com.

Find out why hundreds of Central Florida residents have trusted Craig Rolle with their Home Insurance Claim.

Glowing Reviews From Our Clients

Mr. Craig Rolle is a knowledgeable, trustworthy and a true honest attorney who guided us through the process of a very difficult time in our life. He helped us getting through our terrible process with dignity and respect. He provided excellent service demonstrating professionalism and personal attention to all the details of our case. He was always easy to get in touch with answering our calls and emails. Mr. Craig Rolle went above and beyond our expectations. We can never thank him enough for helping us in every way he could to help us solve our case. We highly recommend him and anyone will be very lucky to have him as their attorney.

I worked with Craig to handle a dispute with my home insurance claim, and I could not be happier that I did so. Craig is very professional and kind. When speaking to him, you can tell that he truly cares for his clients. He was always very easy to contact, prompt with his responses, and offered plenty great advice, even after our work was done. I had a positive outcome with the lawsuit that I had to file against my home insurance company, and I don't know if it would have turned out that way without the Craig's help and expertise. He's a great guy and a great lawyer. I couldn't have asked for more. I would recommend Craig to anyone who had a similar issue to mine without any hesitation.

Craig helped me on a case that had me a little anxious and nervous. Craig helped calm my nerves and walked me through the whole process. He was there from start to finish, answered any and every question I had and let me know what the outcome of my case fully meant. If you need a lawyer who is knowledgeable, helpful and someone who takes the time to explain the things you may not understand, Craig is your guy!!!

Craig Rolle is a calm and straight forward thinker and advisor. He looked at the facts of my civil case and measured them against the tenets of the law and realities of civil court system to give me sound advice on the best course of action. In my case, he accomplished this on a consult. However, I will be working with Craig and PZ Law to settle a related claim on my house. I am looking forward to a long professional relationship with Craig and his firm.

Craig has been an amazing help through my case , he is understanding and is clear with explaining things to me and breaking things down to me, he has truly been a blessing and continues to always put my mind at ease. He is always available when I need him if I have any questions.